What is an Alternate Reality Game (ARG)? ARG's are interactive fiction where the real world is the platform. The story is told through multiple linked mediums and players can interact with the characters as if they are real people. ARG's are run by a game master called a Puppet Master (PM). Most often the challenges and puzzles require a group of individuals to come together to solve them.

“Rabbit holes” are usually designed to create a feeling that the player has accidentally stumbled onto a hidden reality heretofore unknown to them.    -John C. Fallon

Among the terms essential to understanding discussions about ARGs are:

My infatuation of Alternate Reality Games or ARG's started when I played EA's "The Majestic" in 2001. The Majestic blurred the lines between reality and video games. I received chilling phone calls and creepy emails. The Majestic was immersive and unprecedented in a way that nothing before, or since has matched.

The next time I experienced anything even close to this experience was Bungie's "I Love Bees" centered around the release of Halo 2. Not inconsequently, Halo 2 was a favorite game of mine for years. ILB was less immersive than The Majestic but it was deployed on a larger scale and felt more accessible thanks to the maturation of the internet in the years following the release of The Majestic. Fast forward to 2007 when I stumbled upon this Wired article about the Nine Inch Nails ARG, "Year Zero". Even though I missed out on this one entirely Frank Rose's article about it let me vicariously re-live the game. I was hooked.

The Wired article about Nine Inch Nails Year Zero ARG launched me into a solid decade of research into the genre. I created a few small ARG games of my own, building out several websites, creating and programming Twilio numbers with interactive features, hiding game objects in the real world, and sending out postcards and letters to unsuspecting friends, family, and strangers who's addresses had become known to me.

One of the most notable pseudo ARG mysteries was Cicada 3301. You can find a great deal of speculation about all across the web, but my opinion is that it's a recruiting tool for a exclusive group. I don't believe that the mystery will ever be resolved publicly.

That brings me to today. I have multiple notebooks full of ARG research, puzzle ideas, backstory, lore, and worldbuilding content. Now I intend to put all that to use. I may write about and and analyze my ARG projects here, but won't be using this site in any of my ARG shenanigans. This site is dedicated to my ephemeral interests, my art, writing, and my travels through the multiverse. 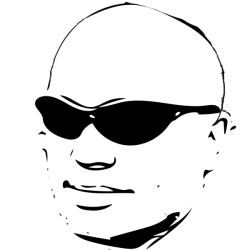